Join Tom every week for Music and Film Club, as part of our Group Classes.

‘Go the distance’ (idiom) to continue until the end of a race.

Flee (verb) run away from a place or situation of danger.

Humanoid (noun) a being resembling a human in its shape.

Arguably (adverb) it may be argued.

Solace (noun) comfort or consolation in a time of distress or sadness.

Opted (verb) to make a choice.

Heroine (noun) a woman admired for her courage, outstanding achievements, or noble qualities.

Harness (verb) control and make use of.

Prodigy (noun) a young person with exceptional qualities or abilities.

Crevasse (noun) a deep open crack, especially one in a glacier.

Presence (noun) a person or thing that exists or is present in a place but is not seen.

Projector (noun) a device that is used to project rays of light, especially an apparatus with a system of lenses for projecting slides or film on to a screen.

Imposter (noun) a person who is pretending to be someone else.

This film recommendation came to me quickly. I feel most people relate to this movie at some point in their lives, and it has the power to inspire. Throughout the movie, Forrest (played by Tom Hanks), a man with a low IQ, recounts the early years of his life when he found himself in the middle of critical historical events. All he wants is to be reunited with his childhood sweetheart. The story is beautiful and will inspire everyone to go the distance and see the world like Forrest did and never give up on their dreams.

Where would I be in the world without Sister Act 1 and 2? I grew up with these films which are joyous, musical and fun. Deloris Van Cartier (played by the incredible Whoopie Goldberg) is a lounge singer in Reno, Las Vegas. One night, she witnesses her boyfriend (a gangster) kill a man. She flees. She is soon put under witness protection, hid at St. Katherine’s Covenant and disguised as a nun, Sister Mary Clarence. There, she witnesses the choir – a horrible gaggle – and decides to train the sisters and turn the choir into something far more inclusive and free. If you want joy, watch these films.

A feel-good children’s movie that is a firm childhood favourite. An animated version of the legendary British outlaw Robin Hood portrayed with characters as humanoid animals. Expect romance and fun. The stand-out features from this movie are the incredible British voice cast, music, humour and animation, which at the time were ground-breaking.

My favourite living director is David Fincher (whose filmography includes Seven, Gone Girl, Zodiac, Mindhunter, The Social Network, among others). It’s too difficult to decide which of his films to recommend – because I love them all – but I did task one of my students with watching the opening scene of The Social Network which proved to be both challenging and exciting. Network, especially, is made up of quick dialogue. The characters zap back at each other within seconds. (It’s a bit like the speed and language of Succession which I recommended in our previous blog.) Overall, Fincher’s films are explosive. They explore characters that are flirting with the darkness both within themselves and within others.

Here I’ll begin with the original 1995 Jumanji movie. The late actor Robin Williams plays the loveable lead, a young man who stumbles across a supernatural board game that releases African bush hazards upon its players. After the success of the much-loved classic film, the movie has been followed by two sequels, Jumanji: Welcome to the Jungle and Jumanji: The Next Level. The sequels have kept the standards high with an action-packed story and a hilarious cast. Expect laugh-out-loud moments and flawless chemistry among the adult cast members.

Lisa Spinelli (played by Maggie Gyllenhaal) is a bored, suffocated, unfulfilled Kindergarten teacher who aspires to be a poet. Her family do not share her enthusiasm for art and creativity (which she fears is lacking in society). Lisa discovers that one of her young students composes poems. She firmly believes he is a prodigy (akin to Mozart) and that his talent must be harnessed at any cost. The Kindergarten Teacher is a dark, heart-breaking film about the lengths one woman will go to save art.

Fun Fact: Ocean Vuong and Kaveh Akbar wrote the poems for the film.

I was drawn to this movie and the character Gatsby after reading F. Scott Fitzgerald novel on a beach in the Caribbean, I was more than excited to learn about the latest movie release of The Great Gatsby. Upon hearing that Leonard DiCaprio was to play Gatsby, I was intrigued to see the film. He played the character superbly and the film was a blend of glitz, drama, style, and emotion. I was in awe of the costumes and cinematography. It’s well filmed, and Baz Luhrmann’s direction is visually stunning, and the music by Craig Armstrong is great.

And here we come to the Stephen King section of our recommendation list. I’ve opted for Misery, staring James Caan as famous writer Paul Sheldon who crashes his car in a blizzard and who is then saved by Annie Wilks (played by the incredible Kathy Bates), a fan of Sheldon’s work. Annie is not your average fan, however, she’s Paul’s Number One Fan. She’s obsessed with his books and the heroine of the series, Misery. As Paul recuperates, Annie reads the latest novel in the series only to find that Paul has killed Misery. Annie is distraught and demands Paul write a sequel in which Misery comes back to life. Annie won’t let Paul leave until he’s written the book, in fact she may never let him leave. A dark, twisted, thrilling psychological thriller with Kathy Bates giving her Oscar-winning performance.

My Stephen King recommendation is The Shawshank Redemption, an old movie and considered a classic for many reasons. I will describe the storyline, two imprisoned men bond over several years, finding solace and eventual redemption through acts of common decency.

The compelling drama is wonderfully written, acted and shot, and will move you through a range of emotions. I found these elements to be prominent; friendships, hardships, hopes, and dreams. I particularly enjoyed this quote from the book and movie: “Fear can hold you prisoner. Hope can set you free”.

‘Andrew Haigh’s 45 Years, starring Charlotte Rampling (as Kate) and Tom Courtenay (as Geoff), a retired married couple about to celebrate their 45th wedding anniversary, is arguably a ghost story. Geoff receives news that his ex-girlfriend has been discovered after slipping into an Alpine crevasse fifty years prior. Immediately, the presence of the ex-girlfriend, Katya, haunts Kate. She smells her perfume and finds a projector full of photos that Geoff has clearly been looking at. Their names are similar. Kate asks Geoff if he would have married Katya if she were alive. He says yes. His heartbreak is her realisation. Katya’s ghost is causing Kate to see herself as an imposter. A ghost in herself. Katya’s replacement. Haigh doesn’t get very close very often, he holds the camera far away. We watch Kate walk along the misty Norwich fields, calling her dog. She is alone, but not alone. She is constantly being haunted by the ghostly presence of Katya.’

This blog was written by Intrepid English teachers Kim and Tom.

If you have any questions, or you would like to request a topic for a future blog, you can contact us using the chat box, or email us at Intrepid English. 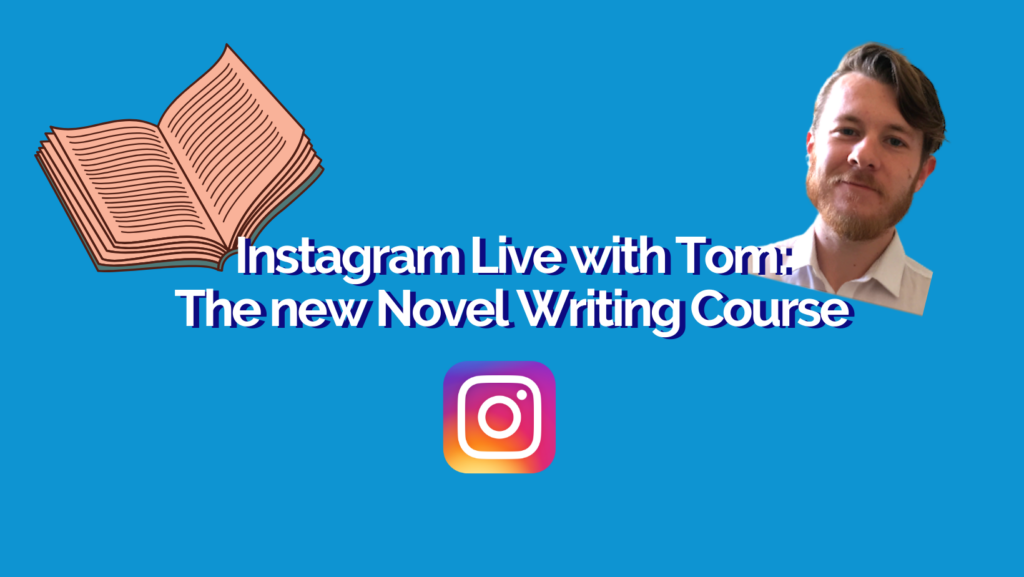 In case you missed it, last week Head of Content and Senior Teacher Tom discussed the new and improved Novel Writing Course and shared some…