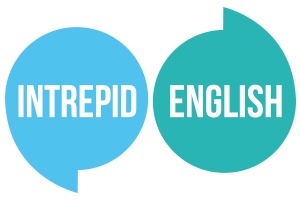 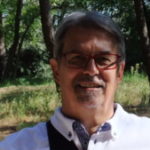 My name is Richard; I am 66 years old and retired. I live in Interlaken which is a small town located in the heart of Switzerland. It is a mountainous region and very popular with the English, which by the way invented the tourism to Switzerland. It is also a region where weather can change often and very quickly; especially in autumn it reminds me of the weather I met in the Scottish Highlands (which I adore; I confess!) The name Interlaken has its roots in the Latin and means, "inter lacus", because there are two lakes: Lake Brienz and Lake Thun. I worked for more than 25 years in the tourism industries and for the Swiss railways, and I was responsible for international marketing. That is why I really like learning languages. In Switzerland four national languages are spoken: German, French, Italian and Romanian. With the exception of Romanian (a language that is spoken by a minority of about 60’000 people in the southeast of Switzerland), I speak all these languages and English. However, since I do not use the English anymore as I was used to do in my professional life, I lost many of my language capacities; there are gaps that I hope to close with the help of Intrepid English. I realized it during my last holidays in Great Britain (Kent and Sussex; Channel Islands, and Scotland as well) and again some weeks ago when I housed friends of mine coming from Malaysia to visit Europe. I tried to explain them the one and the other thing in regard of my country (politics, geography, customs, etc.) and met again the one or the other problem regarding grammar, missing words and pronunciation. Sometimes I was not able to speak fluently. (To be honest: writing sometimes seems to be much easier to me, there is time to review the text). Could be that the hear loss of 50% (result of an illness that I suffered from about four years ago) as well is responsible for these gaps. I love watching English and Japanese movies because the producers of these films know how to shoot wonderful pictures. In addition, I like to cook (Swiss, Italian and Indian meals, reading (especially Russian literature [I worked together with Russian travel agencies and I have many friends in this country and Ukraine, a long time ago, I also learned a little Russian]). I am not a sportsman but I like to go for walks along the lakes or in the woods because I feel very good when I am in the midst of nature. I love languages and am currently learning Spanish and repeating Italian via Skype. I must not forget: I love traveling too. The countries that I prefer are in the region of the Mediterranean Sea and in the north of Europe, for example Great Britain (I like your country very much for its Celtic culture).